There are plenty of good reasons to go biking. For one, it’s a relatively inexpensive activity that can save about 240 grams of carbon dioxide per mile compared to using a car, according to the UN Environment Programme. It’s no surprise then that the global market for bicycles is expected to reach €29.4 billion by 2027.

But aside from being an eco-friendly mode of transport, cycling has also been shown to have a positive impact on mental health. Much like jogging or running, it helps facilitate a state of mindfulness, bringing with it a host of therapeutic benefits. Because of this, mindfulness and its applications have become the focus of scientific research in recent years. In fact, it’s even been used in patient programs for key areas such as depression, anxiety, and chronic pain. With all that said, what exactly does “mindfulness” mean anyway? 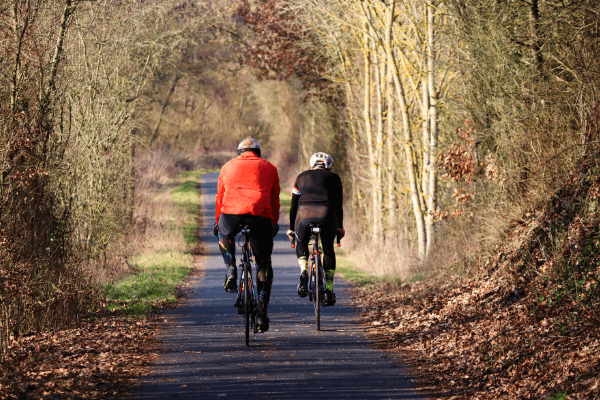 To put it simply, mindfulness means being present in the moment. Simply put, it involves observing the present without judgment, but with curiosity and care. Everyone has the capacity for it, and it’s a practice that’s gaining traction to promote better mental health. In the context of cycling, mindfulness could be as simple as paying attention to the wind blowing on one’s face, or feeling the tension in one’s calves while pedaling along. And while it’s probably not as effective as doctor-administered meditation programs, cycling can be a good way to encourage bikers to reap the benefits of mindfulness outside a clinical setting.

Indeed, applying purposeful awareness and intent to a seemingly mundane activity helps bring about a meditative, trance-like state in which individuals can feel more in control of their circumstances. In psychology, this is called the “flow state,” and it’s something that’s often observed in workouts like yoga and running, which are mental exercises as much as they are physical. In layman’s terms, the flow state means being “in the zone” — being so immersed in a certain activity beyond the point of distraction. While in this state, people are said to achieve greater enjoyment, energy, and fulfilment — whether it’s a creative or physical pursuit. Similar to yoga, cycling is an exercise that demands one’s full attention, especially when travelling through potentially dangerous areas. As such, it naturally lends itself as a gateway to the flow state. 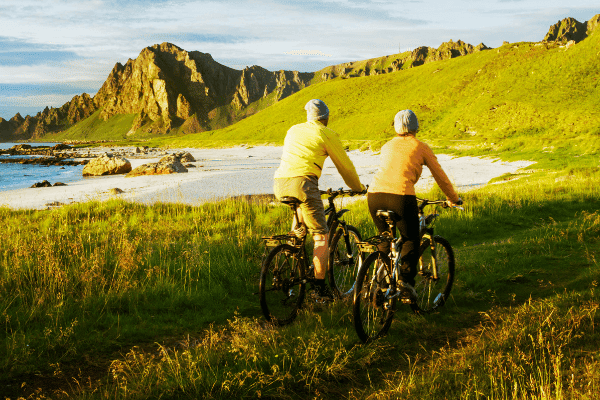 Another reason why cycling is fantastic as a meditation tool is because it forces bikers to connect with their breathing patterns. The average person’s normal breathing rate is between 12 to 16 breaths per minute, but that number shifts constantly when riding a bike. This process of breath regulation is important for cyclists — they can’t afford to be gasping for air while going uphill, for example — but it also allows them to establish a more conscious relationship with their breath. Doing so helps them engage in so-called “active meditation” to help the brain relax.

In 2020, cycling saw a boom in France thanks to the COVID-19 pandemic. And as a result, pollution levels in the country have plummeted. Thus, the French government is spending a lot of money to incentivise citizens to keep cycling even when the pandemic finally ends. With a larger number of bike renters on the horizon, it’s a great time to teach customers about the various benefits of cycling — mindfulness being one of them.